The reticular appearance refers to a collection of innumerable small linear opacities that together produce an appearance resembling a “net”. The pattern can be fine, medium or coarse. Fine and medium patterns are shown here. Reticular patterns represent interstitial lung disease.
End stage interstitial lung disease can result in the so-called “honeycomb” appearance. The honeycomb appearance is due to shadows of air space 5-10 mm in diameter and 2-3 mm in wall thickness. 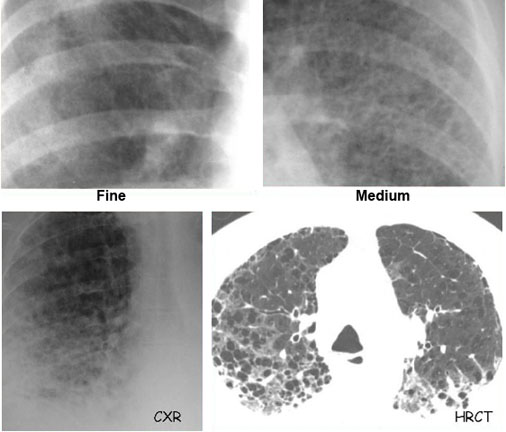